Another enemy decoy, built in occupied Holland, led to a tale that has been told and retold ever since by veteran Allied pilots. The German “airfield”, constructed with meticulous care, was made almost entirely of wood.

The day finally came when the decoy was finished, down to the last wooden plank. And early the following morning, a lone RAF plane crossed the Channel, came in low, circled the field once, and dropped a large wooden bomb.

Where were you when I was born?

The Bat and the Weasels 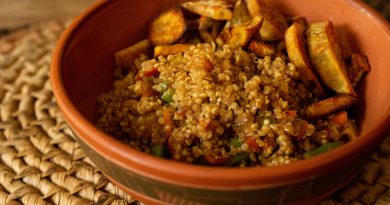 Video | How quinoa can help combat hunger and malnutrition

On the Internet you can be anything you want