I watched my father care for my mother for six years as she slowly succumbed to the ravages of Alzheimer’s disease.

He gradually took over all the housework and cooking while dealing daily with her hurt, her rage, her confusion and her fear. He protected her from herself. He made sure that she kept the weekly hair and nail appointments that she so loved. He went shopping with her for the pretty clothes she adored.

When he finally acquiesced to his children’s insistence that our mother be placed in a nursing facility (because we were worried that his health was suffering from the strain of her care), he visited her twice every day. He paid aides to apply her makeup and arrange her hair every day. When the facility requested that he take her jewelry from her, including her $30,000 diamond engagement ring, he had a jeweler make up copies using cubic zirconia so that she never knew that she wasn’t still wearing her own lovely things.

And at her memorial service, the room fragrant with dozens of heavy bouquets of gardenias which were her favorite flower, my stoic father fought to keep his composure as he spoke of his love for the lively, witty, beautiful woman who had spent almost sixty years at his side. He called their time together a privilege, and recounted as though it had happened yesterday the first time he ever spoke with her, on a staircase at their university.

The manifestation of my father’s commitment and devotion to my mother in those unimaginably difficult years is the bravest thing I have ever witnessed.

What’s wrong with your brother?

Speaking to the Driver 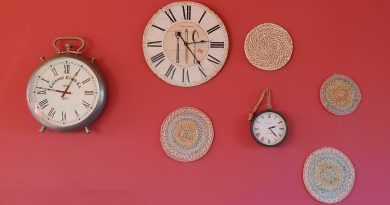 Vídeo | How to stop procrastinating